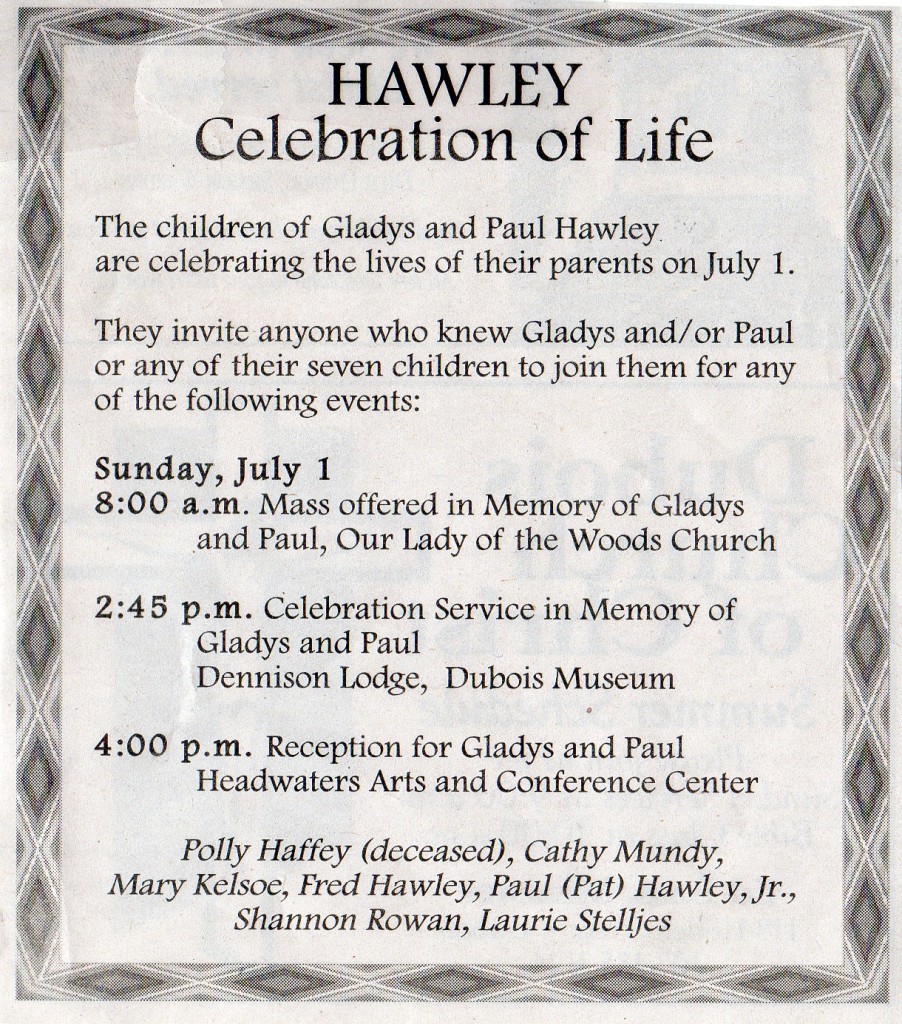 This ad appeared in the Dubois Frontier Newspaper a couple of weeks before the family arrived.

An amazing amount of work was accomplished right away. Laurie crafted the master plan and delegated the tasks. Mary shepherded the headstone design and purchase; the date was set for the summer of 2012 around the 4th of July, and the idea evolved to have a commemorative bench made. Cathy found a bench manufacturer in Oregon and recalled a verse on another bench she saw perhaps 20 years ago. With the blessings of the family, she had a bronze relief plaque made in Virginia. The bench and plaque arrived in Dubois a couple of weeks before the celebration so that everything would be installed at the Headwaters in time.

The plaque reads: “Give us these hills and those we love. We ask no other heaven. Given in the memory of Gladys and Paul Hawley by their children and grandchildren. July 2012.” 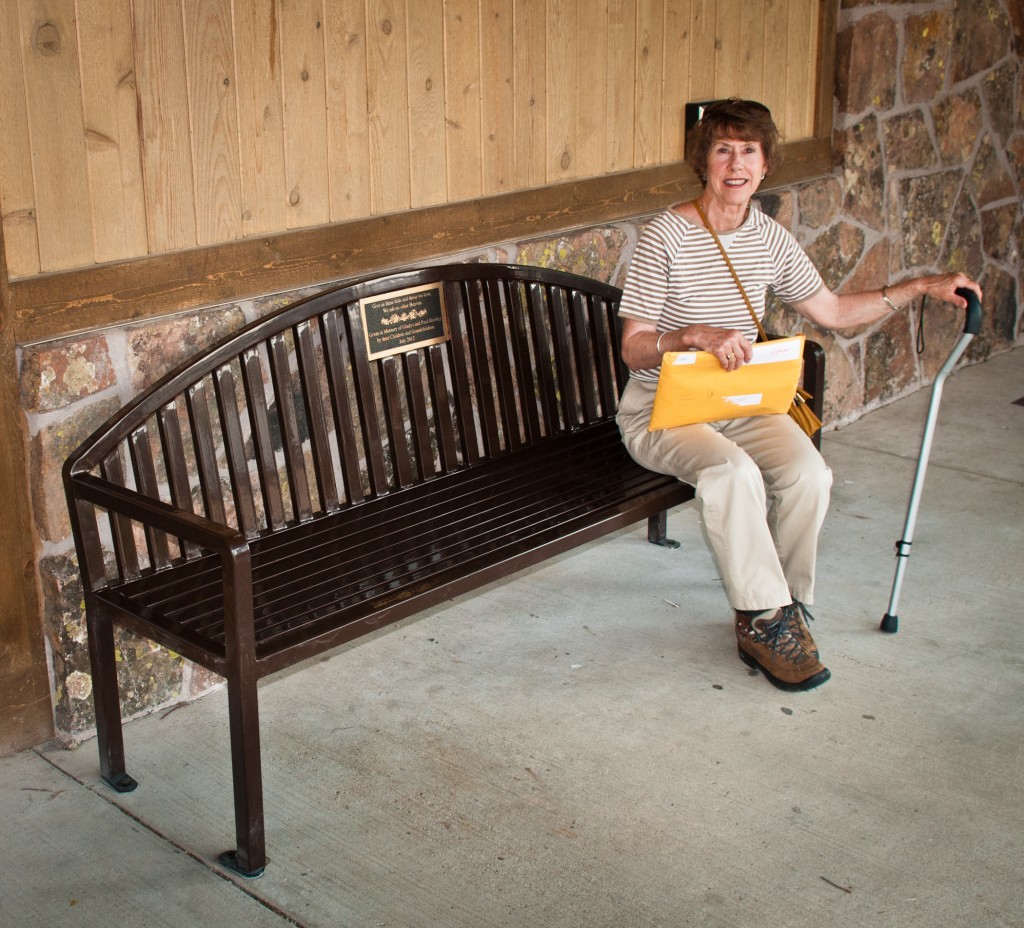 Cathy sits on the Hawley memorial bench in front of the Headwaters.

The morning began early with a memorial Mass for Paul and Gladys delivered by a new priest from Virginia. It was held in the church Gladys helped build, Our Lady of the Woods Catholic Church,  with Tim and Bill providing music. Bill and Polly were the first couple to be married in this church; Cathy and Skip were the second. After church a whole group went for a trail ride into the badlands, and by all accounts had a great time…although their was some talk of sore knees. 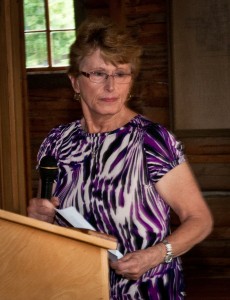 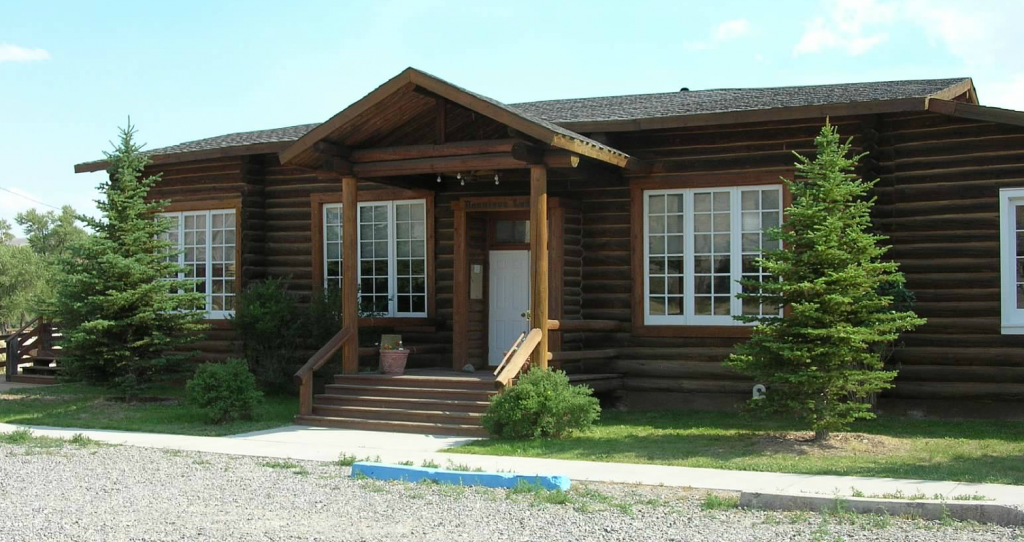 Then we moved to the semi-solemn tribute that Shannon, Tim, Cathy and Skip planned weeks before. It was held at the hundred-year-old Dennison Lodge on the grounds of the Dubois Museum. Skip did the color pamphlet with the schedule of events as an insert. Music was supplied by Tom, Bill, and Noemie – really quite good considering they had only one constantly-interrupted rehearsal.

People cried and laughed and visited well past our short ceremony. 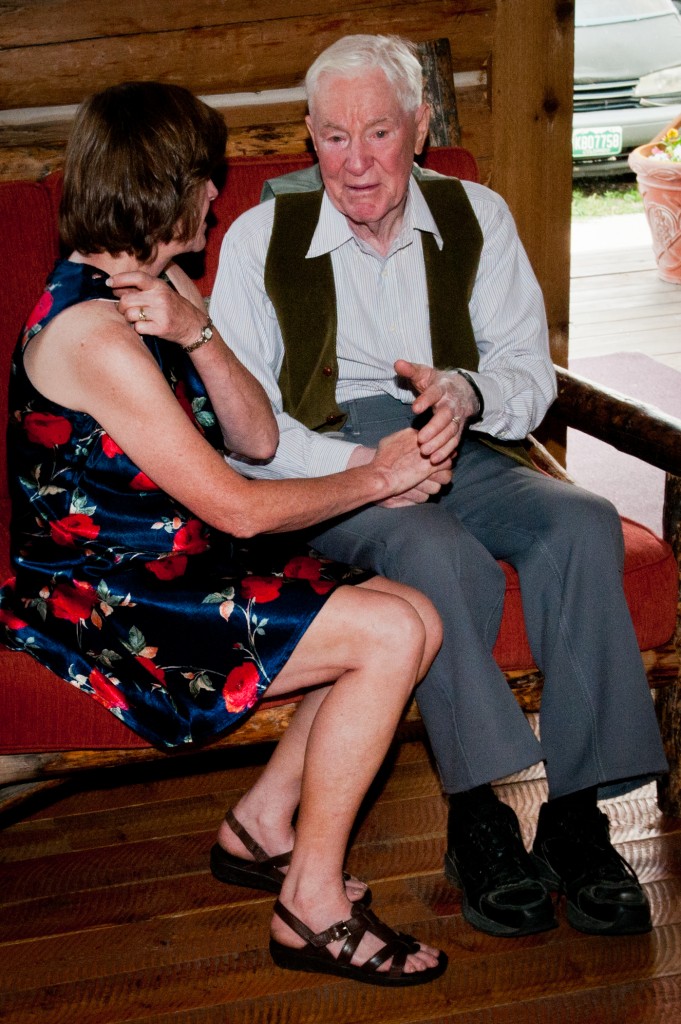 Shannon Rowan visits with Charlie Culver at the Dennison. 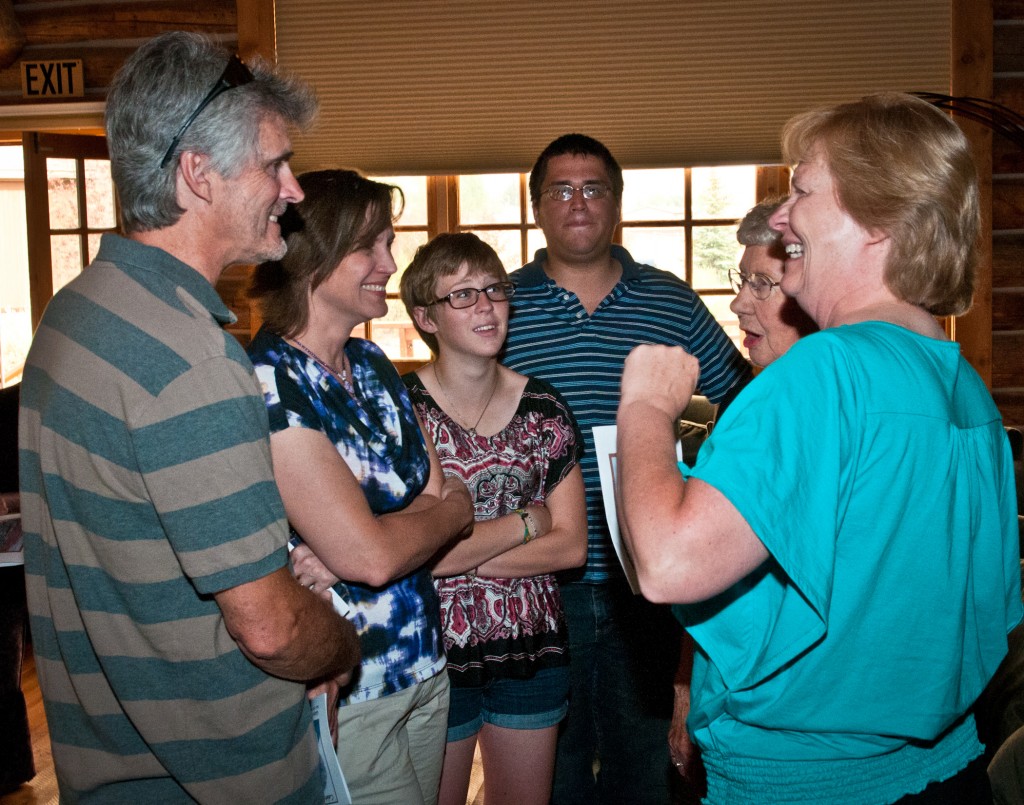 The Pitner family traveled all the way from Tempe, AZ. here visiting with Dorothy Lou and Cindy Stevens. 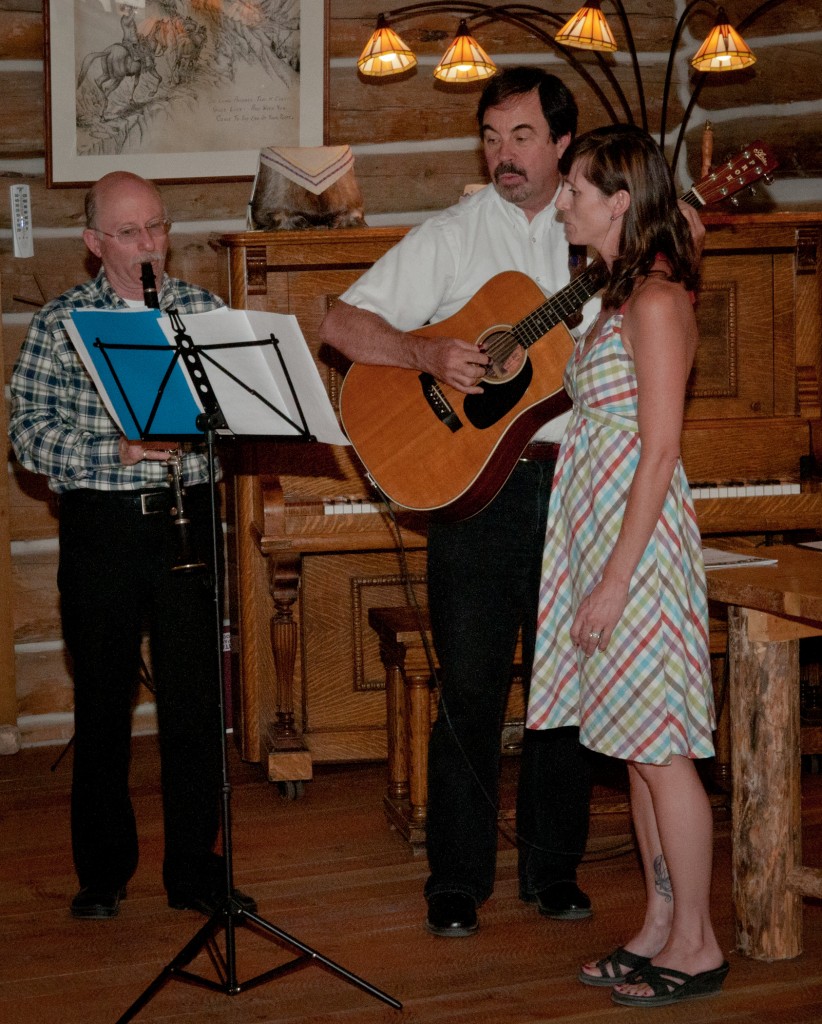 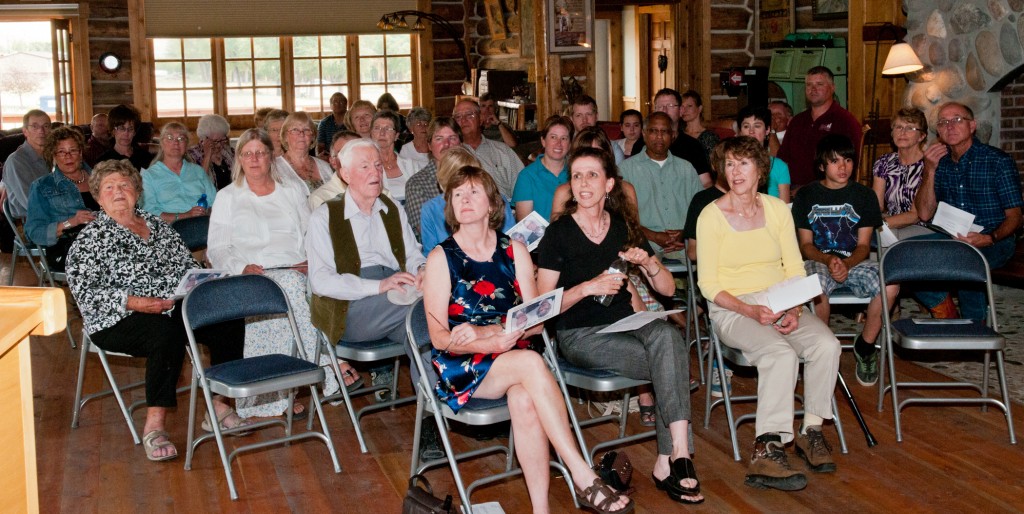 Following on the heels of the tribute at Dennison, we moved about two blocks to the Headwaters. A goodly portion of all the people who knew Gladys and Paul turned out to celebrate them. Shannon (with, I suspect, a little help from Tim) turned out a beautiful slide show with hundreds of photos of the family scanned from albums housed from Seattle to Ft. Worth. (See Family Cycle link)

With just a little prodding, people got up and told stories about their relationships with Paul and Gladys. There were a few tears, but mostly lots of great laughs. 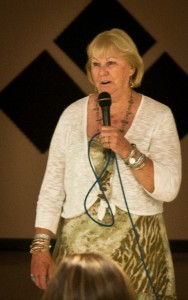 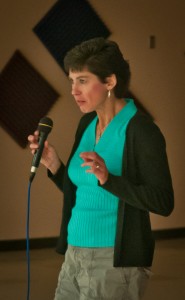 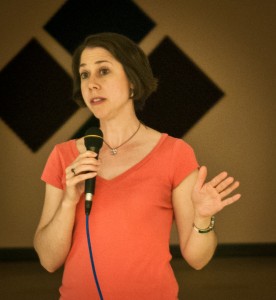 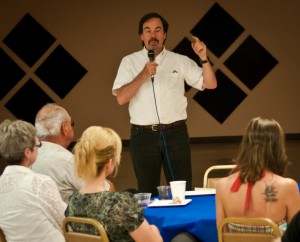 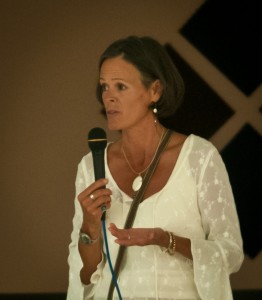 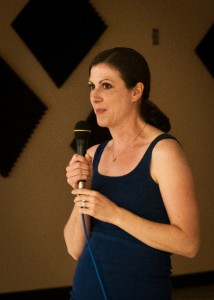 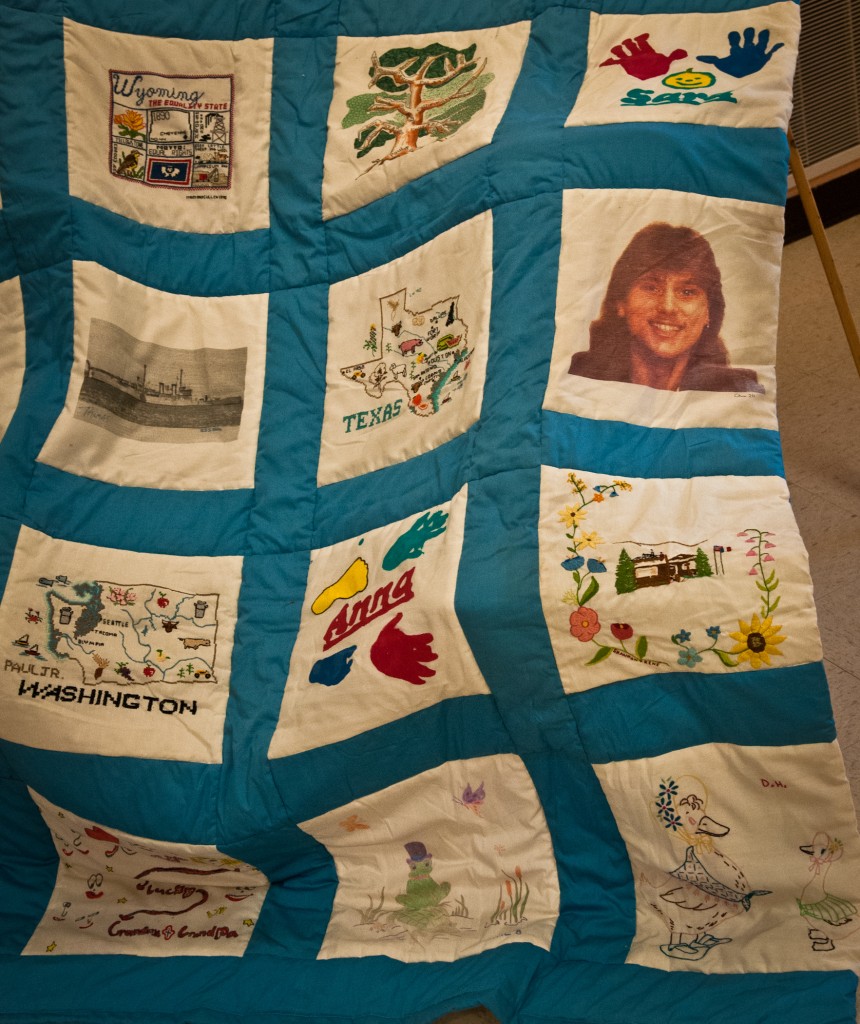 Gladys’ quilt with a square done by each child and grandchild. 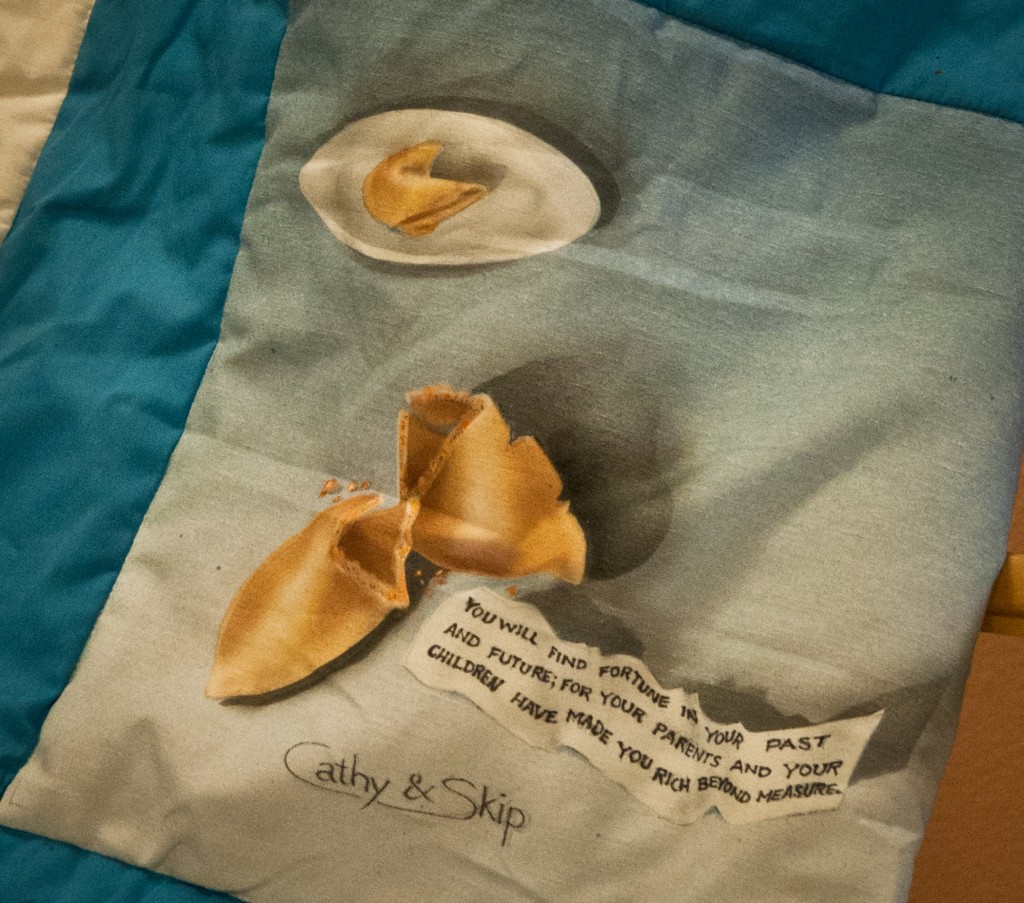 People were having such a good time that it was hard to bring it to an end, but after a little clean up, the main relative contingent reconvened at the Longhorn bonfire pit hosted by Chris and Doug. We were regaled by more stories, more laughter, more food and drink (hard to believe) and the world’s biggest marshmallows I’ve ever seen…like a small loaf of bread!! 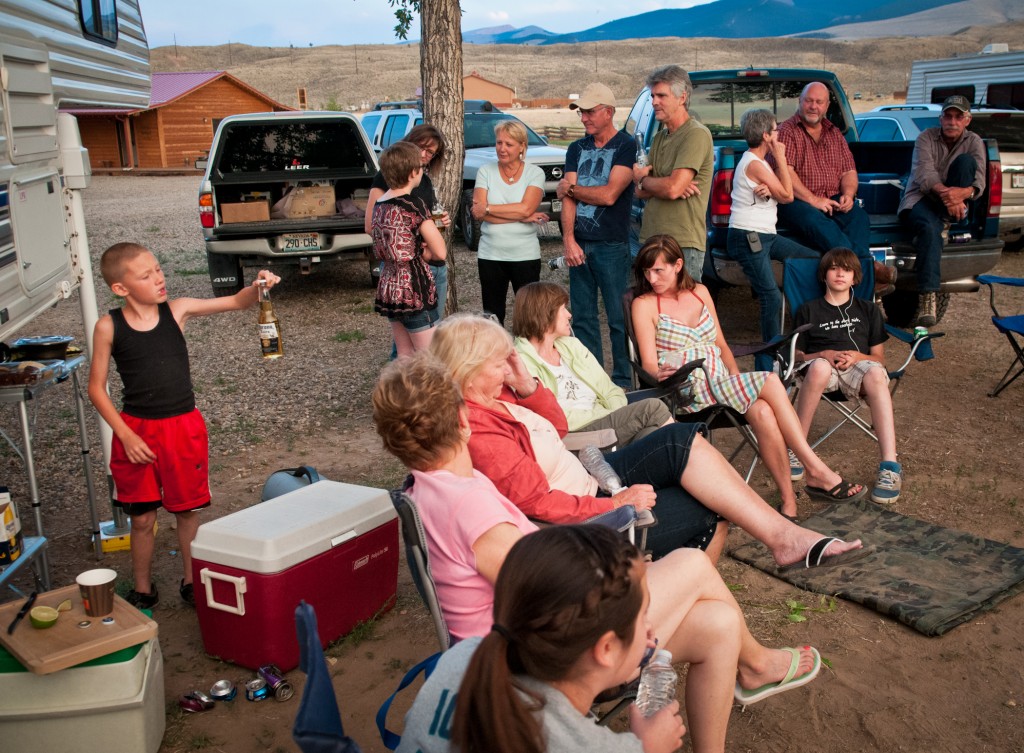 Just before dark at the bonfire. 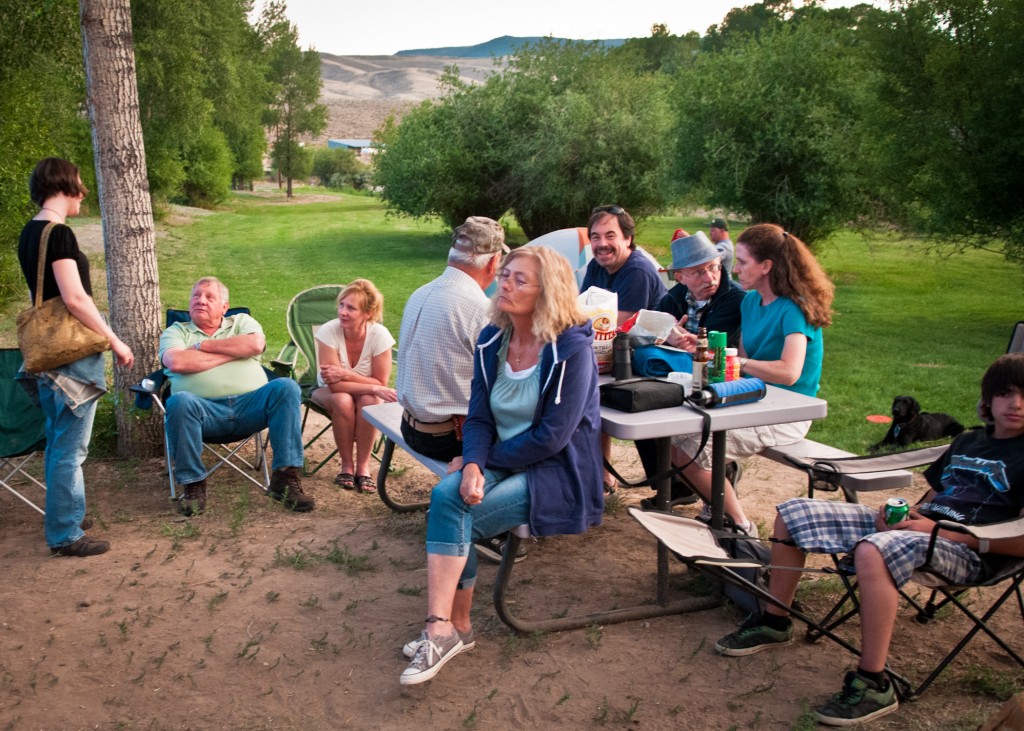 Tom even brought music to this evening gathering. It was a VERY full day!